Here are five talking points, as Manchester City recovered from 2-0 down to beat Swansea 3-2 to earn their place in the FA Cup semi-finals. END_OF_DOCUMENT_TOKEN_TO_BE_REPLACED 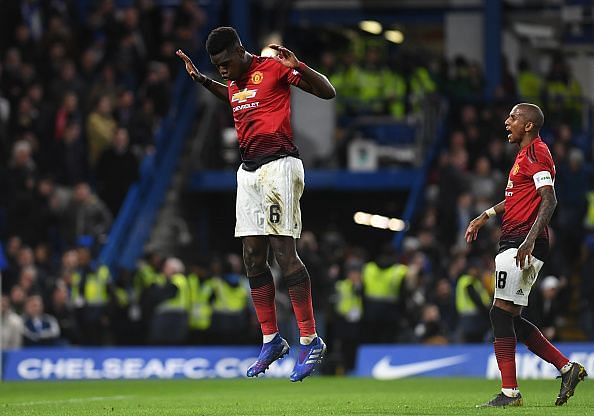 Here’s a look at five talking points as Manchester United earned a hard-fought 2-0 away win over Chelsea, to seal their FA Cup quarter-final place against Wolves next month.
END_OF_DOCUMENT_TOKEN_TO_BE_REPLACED

Jurgen Klopp praised the performance of 16-year-old defender Ki-Jana Hoever, after the Dutch under-17 international featured off the substitutes’ bench to make his Liverpool debut during their 2-1 FA Cup defeat by Wolves. END_OF_DOCUMENT_TOKEN_TO_BE_REPLACED

All things considered, Gedion Zelalem’s imminent loan switch to VVV-Venlo over in the Netherlands will be seen as a step down quality-wise, but is ultimately one which could help him develop further into an ideal first-team midfielder.

END_OF_DOCUMENT_TOKEN_TO_BE_REPLACED

Squad rotation was always likely with Arsenal’s FA Cup clash away against Championship opposition, and Ainsley Maitland-Niles made his third start for the senior side this season after impressing in previous fixtures.

END_OF_DOCUMENT_TOKEN_TO_BE_REPLACED

Second-half goals courtesy of Odion Ighalo and a spectacular effort from Adlène Guedioura helped seal Watford’s progression into this year’s FA Cup semi-finals, at the expense of the reigning champions at the Emirates.

Hornets sting violently at the Emirates

Watford have knocked out FA Cup holders Arsenal in effective fashion, following a second-half counter-attack charge led by the fearsome duo of Troy Deeney and Odion Ighalo. The latter broke the deadlock after swiveling his way past Gabriel in the box, before cooly slotting low and hard into the bottom corner with second-choice goalkeeper David Ospina helpless to stop his effort.

Ighalo and Guedioura on the scoresheet for visitors

Adlène Guedioura stole the show with a truly excellent strike from range, thumping the ball past Ospina into the roof of the net to double the lead with the clock ticking down gradually. The Hornets had stung a surprise, and it was definitely an unwelcome one for their hosts – considering Arsenal were yet to score, in spite of their domination. Having seen far more possession, creating more opportunities and passing the ball into the final third with dangerous chances aplenty, Arséne Wenger‘s men had nothing to show for their control.

END_OF_DOCUMENT_TOKEN_TO_BE_REPLACED

Arséne has not been shy in his praise for the talented teenager, who has been impressive at youth level this term and is poised to be included in the first-team matchday squad v Watford

Arsenal winger Chris Willock is destined for an exciting future, according to Arséne Wenger. The talented 18-year-old, who has been a regular in the under-18 and under-21 squads in recent months, has continued his development having signed a professional deal with the Gunners around this time last year.

Willock has been regularly training with the first-team and impressed, so much so, that he’s been included in matchday squads recently too. Along with the likes of Krystian Bielik, Julio Pleguezuelo and Ben Sheaf, he’s amongst a highly-rated crop of youngsters in his age-group, and has already featured for the England national side too at various youth levels.

END_OF_DOCUMENT_TOKEN_TO_BE_REPLACED

He was cool, calm, collected. Kelechi Iheanacho, helped seal the Citizens’ passage into Round Five of this year’s FA Cup after a well-taken hat-trick at Villa Park against an out-of-sorts Villa side.

Kelechi Iheanacho. Despite finding regular minutes hard to come by in an ever-improving Manchester City side, the talented young Nigerian forward has maintained his aspiration – to keep improving and establish himself in England’s top flight. An admirable attitude, self-belief and undeniable quality were all on-show as the 19-year-old scored a well-taken hat-trick to help seal the Citizens’ passage into this year’s FA Cup Fifth Round.

Remi Garde‘s Aston Villa side were out-of-sorts, and struggled to create much in the final third. But in fairness, the visitors had too much quality for them to deal with sufficiently, and ran out deserved winners at Villa Park.

END_OF_DOCUMENT_TOKEN_TO_BE_REPLACED

Goals from Joel Campbell, Aaron Ramsey and Olivier Giroud helped Arsenal to seal a much-needed victory, and progress into the fourth round of this year’s FA Cup.

Arsenal started the defence of the FA Cup with a much-needed 3-1 victory over fellow Premier League side Sunderland, despite a nervy hour or so at the Emirates.Goals from Joel Campbell, Aaron Ramsey and Olivier Giroud helped seal their passage into the Fourth Round past Sam Allardyce‘s men – who played well but were unable to cope with moments of magic and general build-up play in the final third from the hosts.